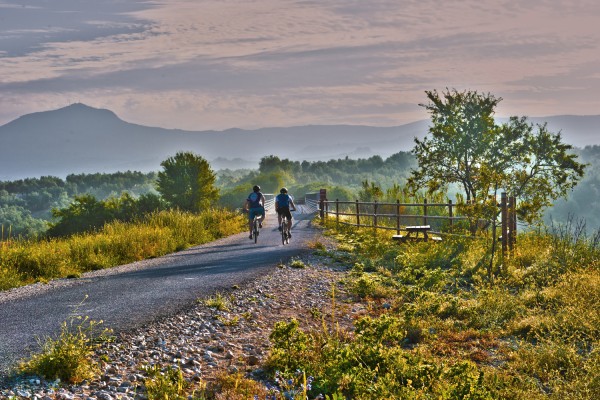 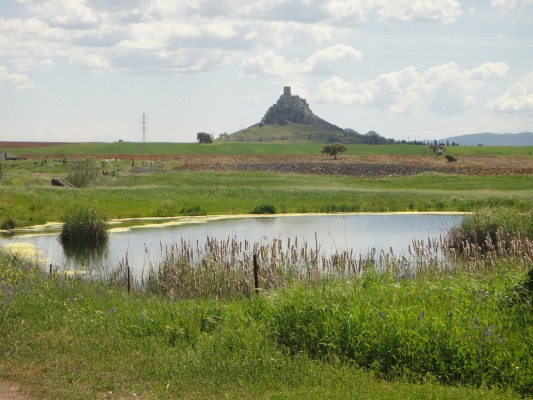 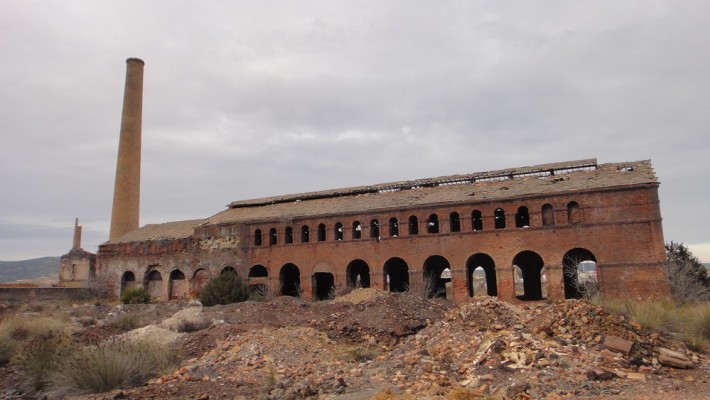 La Campiña Greenway
The La Campiña Greenway is 28 kilometres long and passes through the city of Cordoba and the towns of Guadalcázar and La Carlota. Up until 1970, a modest railway line known as the «Marchenilla» used to run through the countryside of Cordoba and Seville. Now its attractive, winding route is open to travellers wishing to enjoy an excursion between the caliph city of Cordoba and Marchena, a typical town of the Campiña region of Seville. The Cordoban section of the itinerary, between Valchillón and La Carlota, was recovered as a Greenway in 2005 by the Ministry for the Environment. The surface of the trail is a mix of tarmac and compact earth, and it goes through one tunnel and over four bridges. It is wonderful for walking or biking, and accessible for wheelchair users.Subbética GreenwayThe Subbética Greenway has recovered the old Olive Oil Train tracks that once ran through this area, for the enjoyment of cyclists, strollers and, in certain sections, riders. The itinerary is 58 km long and links the towns of Lucena, Cabra, Doña Mencía, Zuheros and Luque. The Cordoban section includes two areas for adventure sports: the Puente de Zuheros bridge (km point 72.09) and the Puente de la Sima bridge (km point 83.88). The itinerary for this Greenway comprises four viaducts. The two most important ones, owing to their length and scenery, are the Viaducto de la Sima (132.30 m) and the Viaducto de Zuheros (104 m). There are also six rest areas equipped with benches, tables, waste-bins and cycle stands.Guadajoz-Subbética GreenwayLocation: Between Baena and the old railway station in Luque that joins the Via Verde de la Subbética at this point. Distance: 8 kilometres.The Guadajoz Greenway starts in Baena, where the old Baena Station once stood, and runs along the old railway line that linked Jaén with Puente Genil. It was used to transport olive oil and other products, which is why the train was known locally as the «Olive Oil Train».The tracks were renovated to make a trail for hikers and cyclists that runs parallel to the N-432 road, passing through a landscape of olive groves and vineyards until it ends in Luque. The renovation work included building an 83 meters long elevated footbridge that goes over the N-432 road just before the trail arrives at the Station in Luque, where the greenway links up with the Subbética Greenway.
A Natural Path – The Olive Oil GreenwayThis is the most recently built greenway in Cordoba province. It is almost eight kilometres long and passes through the towns of Puente Genil, Aguilar de la Frontera and Moriles. The route is almost completely flat, with a footpath that goes over the crossroads with the A-318 road. The greenway goes through vineyards and olive groves from the vicinity of Cerro del Puntal, in the town of Moriles, to the old Campo Real station, in Puente Genil, were it once joined a track coming from the northern plains of La Meseta.La Maquinilla Road GreenwayThe Route has a length of 8 km and connects the towns of Penyarroya-Pueblonuevo Bélmez and the old mining railway platform. It’s a flat route, ideal for busy walk or bicycle by people of all ages.The landscape is varied: cereal fields, olive trees, oaks and pasture, always surrounded by the mountains that surround the Valley Guadiato. Looking skyward you may spot cranes, buzzards, storks, eagles and vultures circling overhead.More information: