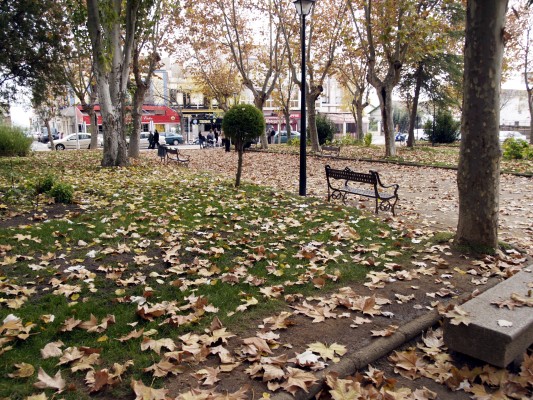 In view of the fact that it was founded relatively recently, Pueblonuevo is the district with the greatest degree of commercial dynamism, possessing straight roads and better buildings.

The centre of the municipality is the landscaped Plaza de Santa Barbara, more frequently referred to as El Llano, where we find the parish church, a clear example of the eclectic approach to architecture prevalent at the beginning of the century.

The church was completed in 1916 and boasts a red brick façade that extends into the tower.

The establishment of the company SMMP favoured the construction of buildings designed by the French to accommodate the company’s departments, such as Management, along with the old Clinica Santa Barbara, the public library and even houses constructed in the French style and are still known as “Casas de los Franceses” or ‘Houses of the French’.