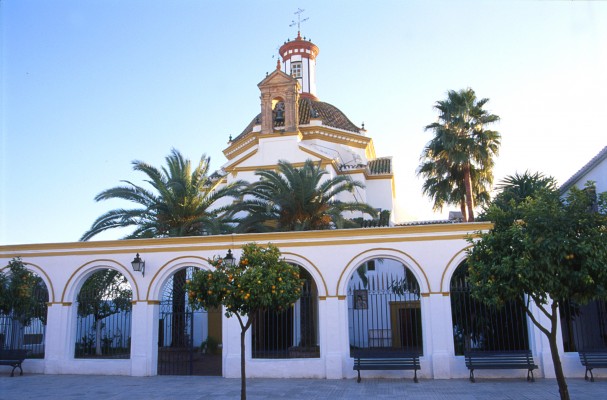 The main temple of the town is the chapel of el Calvario: its current form dates from the last quarter of the 18th century.

It has a Greek-cross plan, wherein the cross aisle covers a later cupola, constructed between 1855 and 1857.

The 19th century raised altarpiece houses the camarín of Jesús del Calvario, a Penitent of the 17th century fashioned in Sevillian style.

On the outside, the chapel offers a beautiful series of volumes, and particular attention should be drawn to the roof of the cupola, which is crowned by a cylindrical lantern.