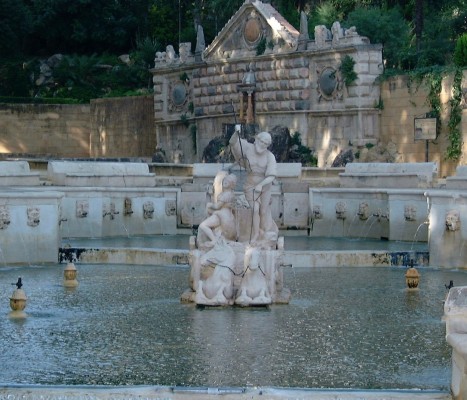 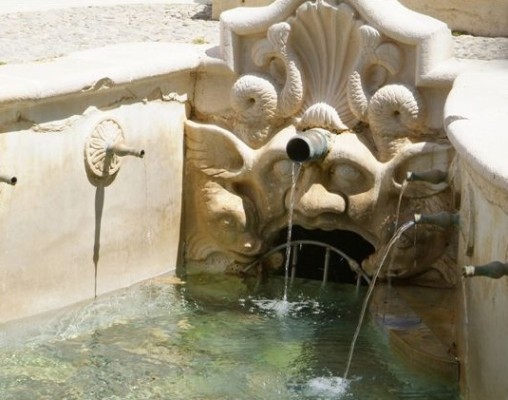 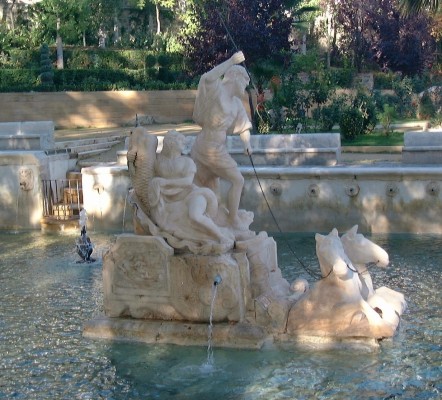 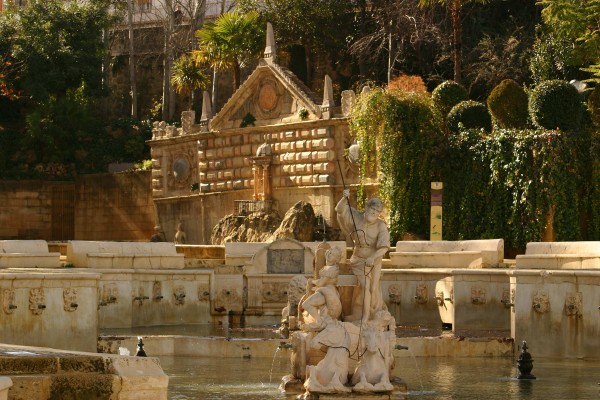 Fuente del Rey, is a shady park flanked by poplar trees, wherein the fountain, which provides the park with its name, stands in the esplanade, arranged into three slightly stepped pools with a curved perimeter marked with 139 water spouts: the spouts on the higher level are integrated into the figureheads.

The first pool contains a sculpture of a lion fighting against a dragon, attributed to a young Alvarez Cubero, whilst the second is presided over by the Neptune and Anphitrite, by Remigio del Mármol, who designed the entire fountain.

Stone benches that follow the outline of the pools invite visitors to relax and sit down, so that, calmed by the burble of the water, they can take in the beauty of the many monuments of the town.

Behind the Fuente del Rey, the older Fuente de la Salud [fountain of health], which was erected in 1585, continues to flow.

The fountain possesses an embossed wall built in the mannerist tradition, which, like las Carnicerías, is probably the work of Francisco del Castillo; a central shrine shelters the recent reproduction of the Virgen de la Salud, a substitute for the original which was removed some years ago.