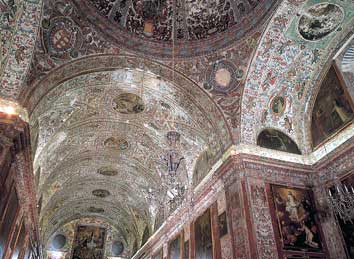 The church of San Cayetano or convent of San José owes its name to the devotion for this saint, who is venerated in one of the chapels in the church.

The building was erected in 1656, although it underwent considerable reform in 18th century.

The church stands on a small elevation, which is accessed by side ramps, lending a notable Baroque character.

The design of the main façade bears mention and its interior is truly spectacular as it conserves all the pictorial decoration of its walls, offering a singular Baroque space that has been conserved in, more or less, its original state.

It boasts interesting collections of paintings including the Annunciation by Juan de Alfaro.

The image of Jesús Caído Nazareno, created by anonymous artist in 1670, is also venerated in this church.