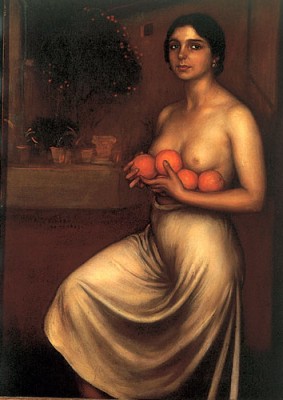 Located opposite the Museum of Fine Arts, with which it shares a patio, this museum was inaugurated on November 23, 1951 within the painter’s family home.

The museum consists of six galleries exhibiting works by the artist, who was born in Cordoba in 1874 and died in 1930.

He was the most popular of the representatives of Andalusian regionalism and one of the most sought-after portrait artists in Spain and Latin America.

The Artist possessed a consistent and personal style, influenced by the masters Raphael and Leonardo da Vinci.

His depictions of the female figure are unique, wherein each painting projects the depth and mystery of the world created by this maestro.

It is one of the most visited museums in Spain and, amongst others, exhibits interesting works such as “la chiquita piconera”, “Viva el pelo”, “Naranjas y limones”,taken from the family’s private collection, along with portraits, photographs and publications relating to the life of the painter.