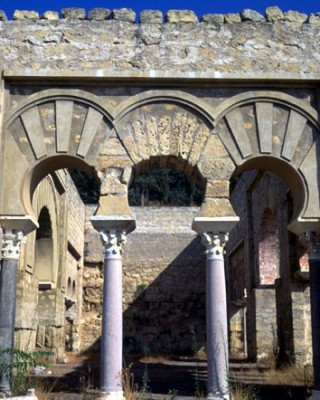 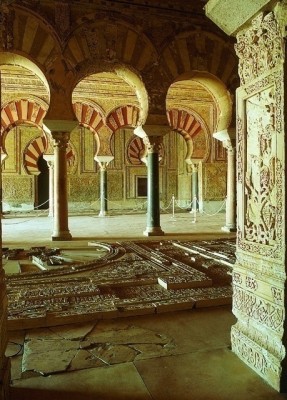 One of the most important archaeological sites in Spain lies to the northeast of the capital, at the foot of the cordovan sierra: Medina Azahara, a palatial city constructed by Abd-ar-Rahman III that was capable of housing up to 12,000 people.

The complex represented the seat of government and at the same time functioned as a place of residence, in this respect preceding the similar functional plurality employed by Phillip II when he constructed El Escorial.

Materials of the highest quality were used during the construction process:marble, ebony, ivory and precious stones.

The buildings of the Casa del Ejército and the Salón Rico are particularly noteworthy, and visitors can only guess at their former magnificence by contemplating the quality evident in the remains of capitals, plinths and marble structures.

Medina Azahara was constructed on superimposed terraces, with gardens in the intermediate levels.

This Moorish city has acquired mythic proportions, bearing a toponym [al-Madinat az Zahrá, the brilliant city] that makes reference to the figure of Azahara, in whose honour the Caliph Abd-ar-Rahman III built the complex.

The city stood for just 70 years, between 940 and 1010, when it was sacked and reduced to ruins by the Berbers.