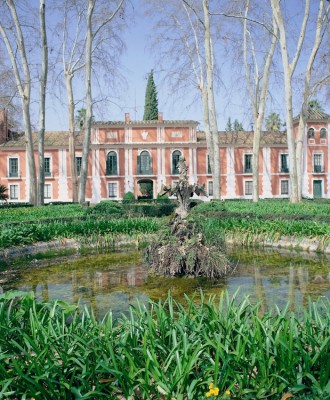 Near Hornachuelos is situated the Palacio of Moratalla.

It has an extensive eight-hectare farm in good part landscaped and was designed by Forestier engineer in the purest style of Versailles.

In addition to plant species include the various sources that adorn the rides like the call of Doña Leonor, the Thieves and the Deer, the latter attributed to modernist sculptor Benlliure.

The estate of Moratalla is located at the gates of the Natural Park and its history dates back to Roman times, it was “Villae” demonstrated its archaeological remains, one of its Roman mosaics can be seen at the Palacio de Viana in Cordoba, which commanded to bring in 1923 the Marquis de Viana, then owner of both palaces.