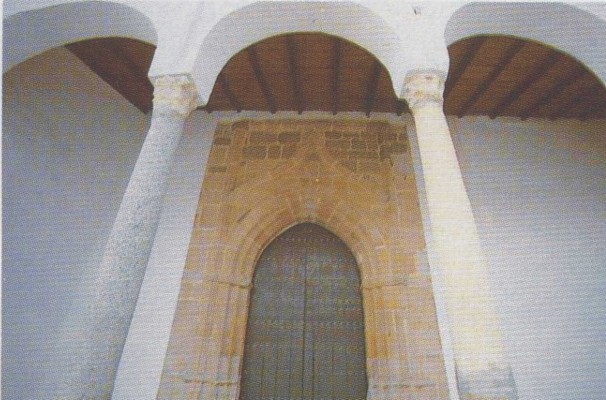 At the highest point of the village we find its most interesting monument: the parish church of Nuestra Señora del Castillo, a Gothic temple erected in the last quarter of the 15th century, consisting of three naves separated by lancet arches. Interesting paintings, also dating back to the 15th century, were discovered underneath the whitewash of the walls.

The altarpieces are of particular artistic interest.

The oldest altarpiece belongs to the capilla del Sagrario, at the head of the gospel nave: it is of Gothic style and dates back to between the 15th and 16th centuries, housing seven paintings on panels by Antón Pérez and Bartolomé Ruiz.