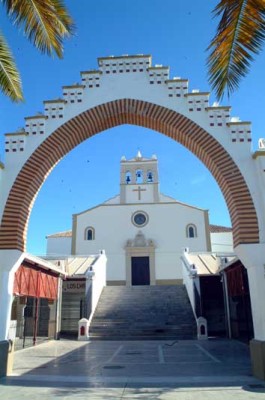 The parish church of San Pedro stands in the highest part of the town: it is a neo-classical temple that was finished in 1836 and extended in 1960, wherein the Neo-Baroque main façade was added.

Inside it has a Latin-cross plan, with a cross aisle that covers the cloister vault.

The raised altarpiece, dating from the end of the 18th century, is neo-classical in style and was transported recently from the Santuario de la Fuensanta in Cordoba.

The Public Market, a Neo-Mudejar construction erected in 1927, stands opposite the parish church.