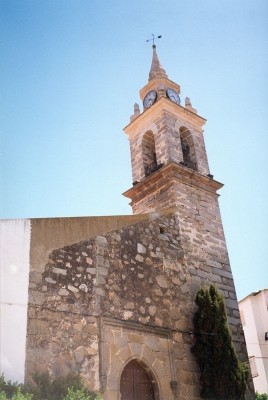 The town’s only monument is the parish church of San Pedro, built at the beginning of the 16th century and rebuilt in 1785.

In 1785, the chapels were added to the epistle side, later formed into a nave, which was completed with another chapel on the gospel side.

Its Baroque raised altarpiece was taken from the church of San Basilio in Cordoba.

The main façade, with a pointed arch in the style of the Catholic Monarchs, dates from the 16th century and to its left we find the tower, which was built in 18th century.