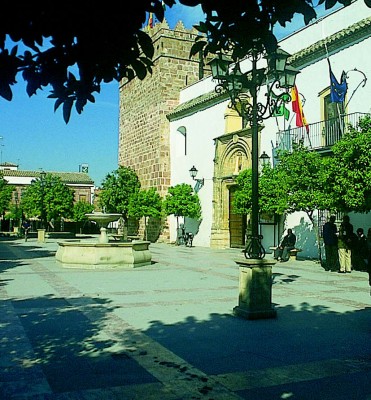 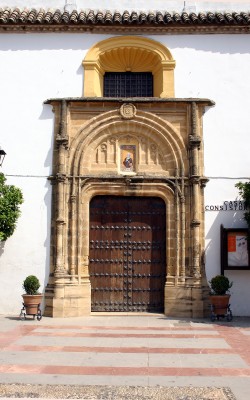 The central Plaza de la Constitución houses an interesting building in the form of the Town Hall, which was previously a church and a castle.

The original fortress, which existed during the period of Moorish occupation, was extended in the 15th century by Fernán Pérez de Montemayor, and in the 16th century the parish church of San Pedro was inserted, under the direction of Hernán Ruiz I, to whom the beautiful Gothic main entrance is attributed, today serving as the main door of the Casas Consistoriales, where two lateral towers of the ancient fortress have also been integrated.

A little further up from the Town Hall the main street boasts the parish church of la Inmaculada Concepción, which, erected in 1907, presents architecture that reflects the eclecticism that characterised this period.

It consists of three naves separated by semi-circular arches, supported by pillars; the apse on the gospel side houses a Baroque altarpiece that probably came from the old parish church.

Outside the temple displays a red facade of masonry, centred by a tower.