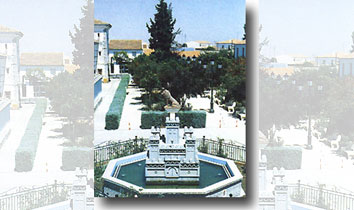 Located at the intersection of two roads, Alcaracejos represents the natural point of entry into the Valley of los Pedroches. Located at the intersection of two roads. which, whilst disrupting the otherwise peaceful surroundings, promote the hotel and catering industry, Alcaracejos is a natural point of entry into Los Pedroches.  The village’s traditional architecture (white façades with golden granite window and door surrounds, which are a typical feature of the area) and its character and customs anticipate the characteristics of the peneplain that the inhabitants refer to as the “Valle”.

The Cerro de la Chimorra [a hill] rises at the southern end of the elongated municipal limits, and, despite reaching an altitude of no more that 959 metres, it constitutes the highest peak in the northern half of the province.   The hill’s rounded profile is best viewed from the narrow and scenic road that runs from Pozoblanco to Villaharta.Whilst the toponym has been documented since 1272, as a result of the demarcation of the parish limits of the Church of Belmez, the origin of the current village is uncertain. According to Casas-Deza, the village was founded at the beginning of the 15th century. As a hamlet, it formed part of the municipal area of Torremilano (the present Dos Torres) up until 1488, when it was granted the status of village and became one of the Siete Villas de los Pedroches [the seven villages of los Pedroches], which were owned by the Crown, with the exception of the period between 1660 and 1747, when they came under the control of the Marquessatte of El Carpio. 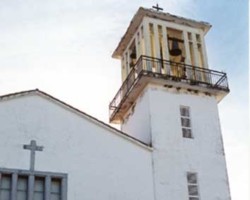