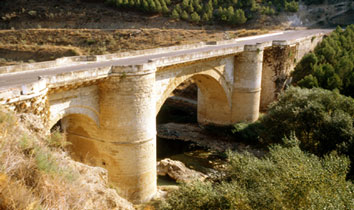 The present day village of Benamejí dates back to 1549, when Diego de Bernuy moved his see from the Castle of Gómez Arias, which he had acquired from Charles V a short time before, and constructed the new village.  According to R. Morán, in order to attract new inhabitants he drew up a settlement charter and shared out land and houses amongst the families that arrived. The cost of this enterprise caused the promoter and his offspring to enter into debt, giving rise to numerous lawsuits involving creditors and the inhabitants of the village. Nevertheless, this did not prevent the granting of the title of marquess to the House of Bernuy in 1675. The village was preceded by the fortress of Bani Bashir, constructed by the emir Abd Allah and fortified by Abd ar-Raham III, which was definitively conquered by Peter I in 1362. 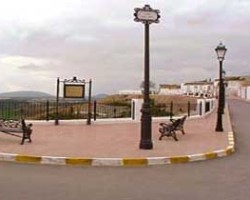 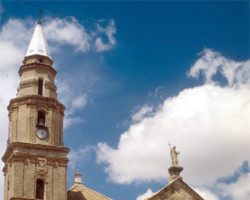