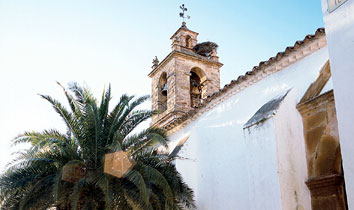 At the beginning of the 13th century a fortified settlement existed on the Cerro del Castillo [a hill], which was ceded to Córdoba in 1237 by Ferdinand III and which, in all likelihood, was deserted in the following century.  This settlement represents the precedent of the current village, which appears to have arisen at the end of the 15th century, as a dependency of Belmez.  Later, it became a hamlet under the jurisdiction of Villanueva del Rey, up until the middle of the 16th century when it achieved administrative independence under the name of Bodonal, which was subsequently changed to Espiel.  The village developed considerably as a result of the relatively recent period of growth within the mining industry. 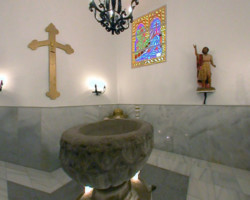