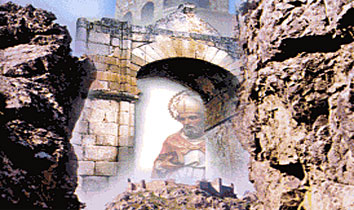 The northernmost village in Andalusia keeps guard over the gateway into Castile. Beneath the watchful eye of the medieval fortress of Miramontes, the northernmost village of Andalusia keeps watch over the gateway into Castile, maintaining the memory of the expansionistic glory of former lords, whose patronage can still be felt in this singular village of round buttresses.   Crooked streets have long overcome the walls of the village, although the Puerta de la Villa [gate], boasting enormous ashlars, remains standing.

In all likelihood, in the 12th century, the Christians who conquered the area renamed the Moorish castle, which had been known up to this point as Sant Quniyah or Sant Funiyah, as Santofinia or Santa Eufemia.   Following definitive conquest, Ferdinand III ceded the locality to the Council of Córdoba, which, fifty years later, at the behest of Sancho IV, presented the locality as estate to the alcalde mayor of the city, Fernando Díaz, as a reward for his support in the conquest of certain cordovan towns that had been under the control of Prince John.  The period during which the village was controlled by Pedro Carrillo at the end of the 14th century and beginning of the 15th century was fraught with conflict, which, according to Professor E. Cabrera, was a result of confrontations between this nobleman and the Crown towns and villages of Los Pedroches, resulting from his expansionist endeavours.   In the Modern era, ! Santas Eufemia remained within the estate bearing this name, which was converted into a countship that also took in El Viso, El Guijo and Torrefranca, thereby giving rise to further conflicts resulting from land seizure, which were finally resolved via an agreement in 1631. 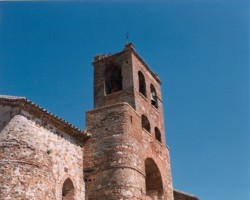 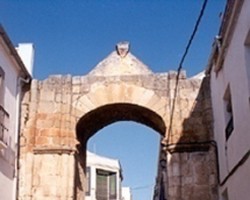