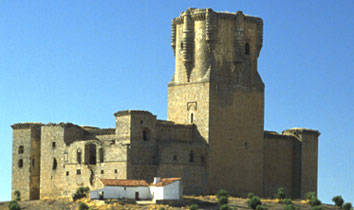 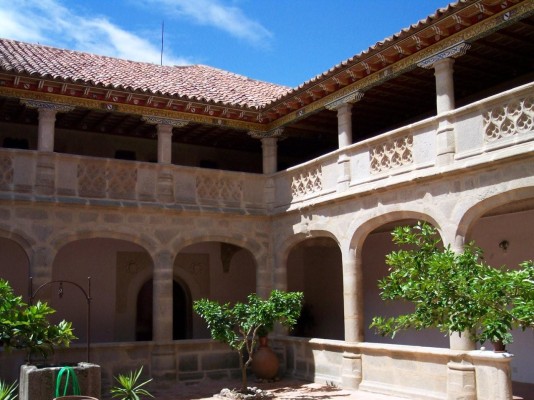 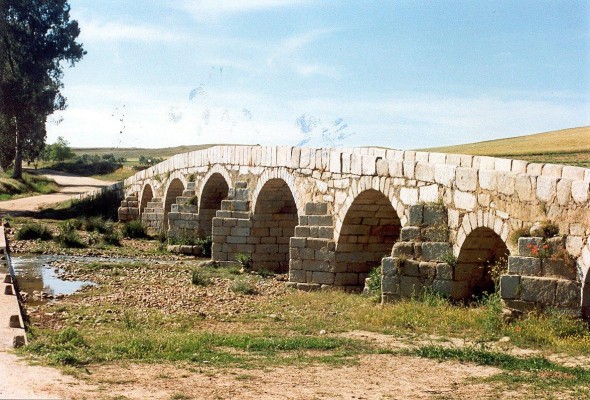 The village was founded by the Moors in the 8th century under the name of Gafiq, which was changed to Gahet or Gahete subsequent to conquest by the Christians.  The most important era in the history of the village began in 1444, when John II awarded this and the neighbouring locality of Hinojosa to Gutierre de Sotomayor, Master of the Order of Alcántara, for services provided in his battles with prince Henry.  In 1466, Elvira de Zuñoga achieved the title of Count for her son, Gutierre II, and finished construction of the family castle.  She was also responsible for changing the name of the village to Belalcázar or Bello Alcázar [beautiful fortress].  Thus Belalcázar became the capital of a countship bearing the same name, which also took in the villages of Hinojosa, Villanueva del Duque and Fuente la Lancha.  The title of Count of Belalcázar was held by the Duke of Béjar from 1518 onwards. During the Napoleonic invasion, the castle housed a French garrison, who were harassed by guerrilla group led by the priest Clemente Arribas.  Distinguished figures born in the village include the Moorish ophtamologist Al-Gafequi and the conquistador Sebastián de Belalcázar. 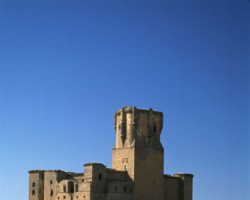 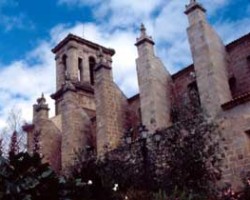 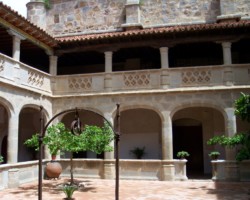